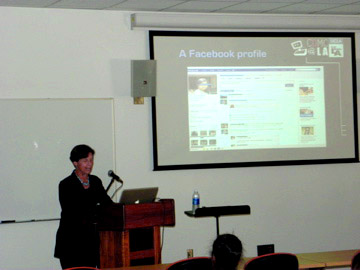 On February 22, 2012, Dr. Patricia Greenfield, Distinguished Professor of Psychology at UCLA and Director of the Children’s Digital Media Center@Los Angeles, presented a talk titled Media, Self, and Relationships. Focusing on her research into the ways on-line social media networks affect the nature of interpersonal relationships through technicization, Greenfield presented data indicating that the concepts of friendship and relationship shift in definition from private activities to public performances. Connected to a larger body of research on human development and social change, Dr. Greenfield posits that detailed analysis of the larger effects of social media ecologies on the way various communities develop value systems and deploy those values as ethics.

Greenfield’s research is grounded in empirical studies of teens and college students active on social media sites like MySpace, when it was more widely used, and eventually Facebook, as it became the site of preference. She specifically noted the ways in which relationships that historically may have been considered “private” are “performed” for an audience of “friends.” Her research further redefines the term “friend” in terms of social networks as broadly including people who are 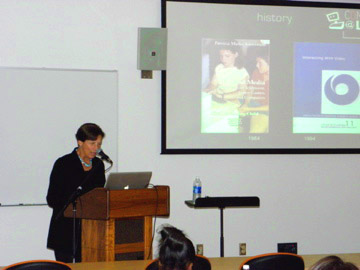 known less intimately and more as a result of dispersed networks of assoiciation, including friends of friends, and persons who would traditionally been considered “neighbors” or “acquaintences.”

Patricia Greenfield, Ph.D., is author of Mind and Media: The Effects of Television, Video Games, and Computers (1984), subsequently translated into nine languages; coeditor of Effects of Interactive Entertainment Technologies on Development (1994); coeditor of Children, Adolescents, and the Internet: A New Field of Inquiry in Developmental Psychology (2006); and coeditor 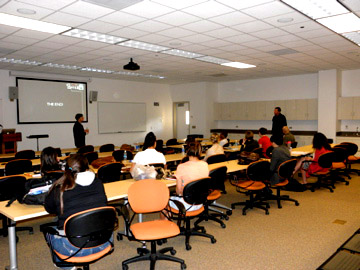 Greenfield has held residential fellowships at Harvard University, Stanford University, and the School for Advanced Research on the Human Experience in Santa Fe. She is a recipient of the American Association for the Advancement of Science Award for Behavioral Science Research. In 2010 she received the Bronfenbrenner Award for Lifetime Contribution to Developmental Psychology in the Service of Science and Society from the American Psychological Association.