CDH event – Technologies of Critical Writing: On the War Between Data and Images

Technologies of Critical Writing: On the War Between Data and Images

Despite many attempts throughout the history of cinema to derive a “language of cinema” or a “film grammar,” little has been written about the rich history of text deployed in film and video, in which onscreen typography produces an emergent, participatory aesthetic experience uniting reading and viewing. “The Letter and the Line: Text in Film and Video” assesses key examples of this history. Steve Anderson of USC will present his recent work in the realm of digital humanities authoring and platform development, focusing on an interactive critical essay developed through a process of “researching in public” and utilizing the newly developed, rich-media electronic authoring platform, Scalar. This hybrid, text/media essay is being created in parallel with an author- generated archive of video clips and text commentaries that are posted to the online forum and fair use advocacy site, Critical Commons. 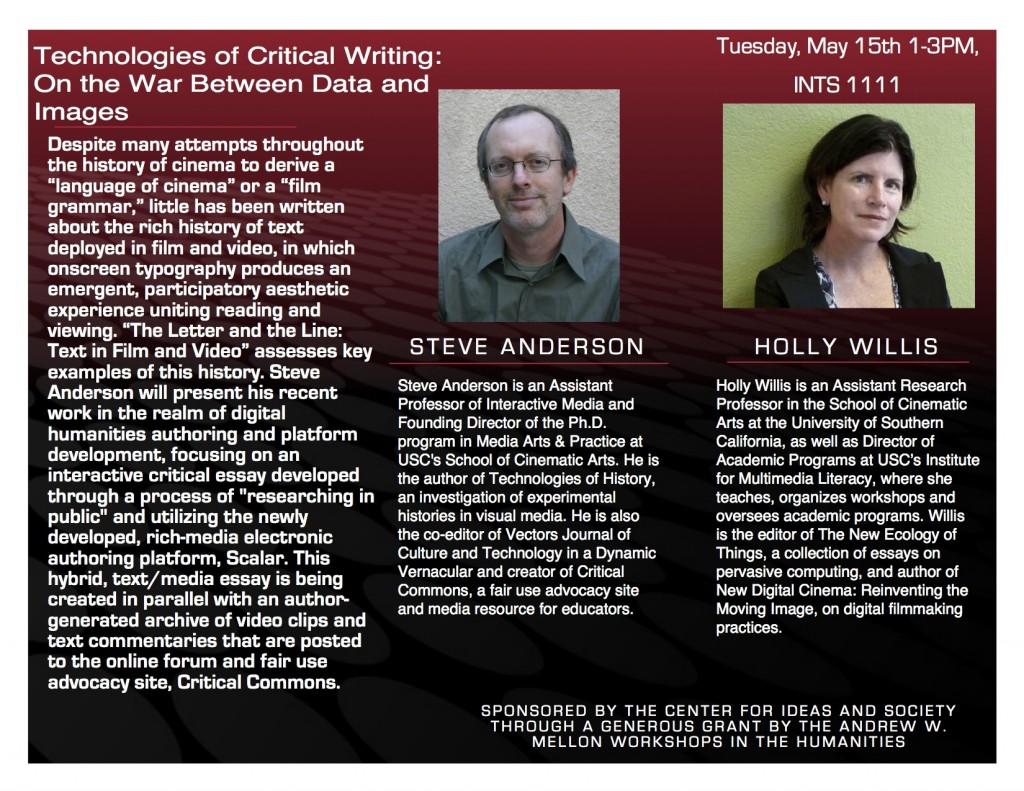