Media, Self, and Relationships with Patricia Greenfield 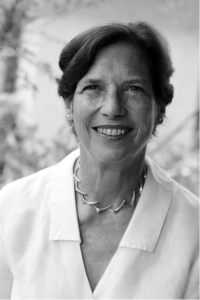 The Center for Ideas and Society Mellon Workshop

Media, Self, and Relationships

Patricia Greenfield, Ph.D., Distinguished Professor of Psychology at UCLA and Director of the Children’s Digital Media Center@Los Angeles, is author of Mind and Media: The Effects of Television, Video Games, and Computers (1984), subsequently translated into nine languages; coeditor of Effects of Interactive Entertainment Technologies on Development (1994); coeditor of Children, Adolescents, and the Internet: A New Field of Inquiry in Developmental Psychology (2006); and coeditor of Social Networking on the Internet: Developmental Implications (2008). Her empirical research on the developmental implications of interactive media has included action video games, massive multiplayer online role-playing games, teen chat rooms, and social networking sites.

Greenfield has held residential fellowships at Harvard University, Stanford University, and the School for Advanced Research on the Human Experience in Santa Fe. She is a recipient of the American Association for the Advancement of Science Award for Behavioral Science Research. In 2010 she received the Bronfenbrenner Award for Lifetime Contribution to Developmental Psychology in the Service of Science and Society from the American Psychological Association.